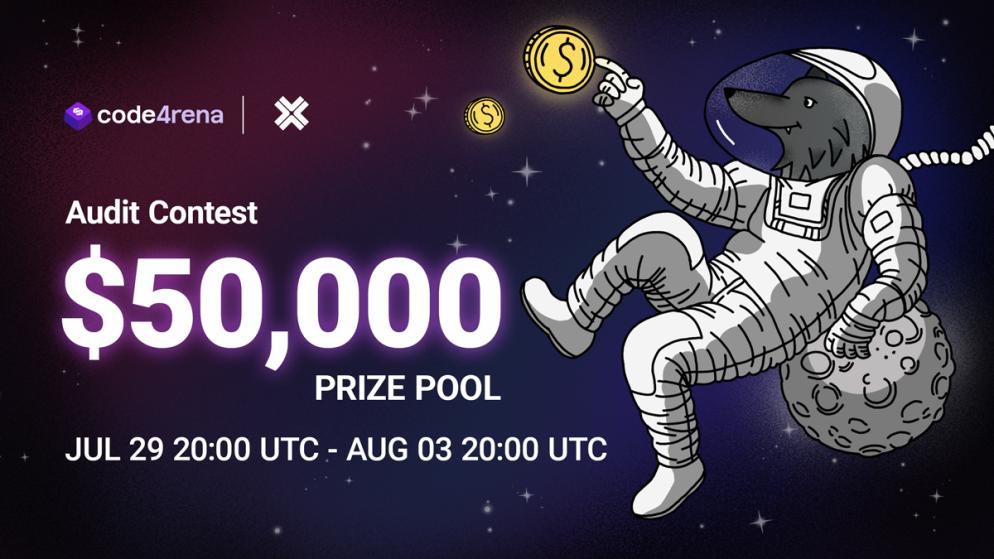 Axelar is a decentralized interoperability network connecting all blockchains, assets and apps through a universal set of protocols and APIs.
It is built on top off the Cosmos SDK. Users/Applications can use Axelar network to send tokens between any Cosmos and EVM chains. They can also
send arbitrary messages between EVM chains.

Axelar network's decentralized validators confirm events emitted on EVM chains (such as deposit confirmation and message send),
and sign off on commands submitted (by automated services) to the gateway smart contracts (such as minting token, and approving message on the destination).

This will be the second contest organized by Axelar.
The scope of this contest covers some crucial changes made to the protocol (for the gateway contracts) compared to the last contest version,
but otherwise focuses on various service and application contracts that sit on top of the protocol.

The contest will focus on the following:

Furthermore, any findings from the prior contest aren't considered applicable to avoid duplicates.
Some of the prior findings might have not been addressed yet due to either being low priority, or deemed not a concern, or designed intentionally, etc. by the team.
The prior findings were about the gateway contract, so there shouldn't be any overlap with the new service contracts.

For XC20Wrapper.sol, first cd xc20, and then build/test as above. To create your own local deployment, follow the steps below.

Add a string for PRIVATE_KEY_GENERATOR to .env to get your own private key.

To create a local Moonbeam (on a separate terminal):

To deploy the contracts:

To test the contracts:

Token transfer via AxelarDepositService (in scope)

The following contracts are in-scope for the audit.
The remaining code in the repo is only relevant for tests, utils, samples etc., and not in scope.

Here's the list of in-scope files. Summaries are provided in the following section.

This interface needs to be implemented by the application contract
to receive cross-chain messages. See the
token swapper example for an example.

Contracts that are in scope are tagged as such. Other contracts are mentioned for completeness due to being dependencies.

The auth contract that verifies that commands are signed by a weighted set of operator keys.
It also performs transfers of operatorships (to mimic changes to the validator set of Axelar Proof-of-Stake network).

The deposit service contract that allows a user to send their ERC20 or native token to a deposit address controlled by the service
which can be forwarded to the Axelar gateway for a cross-chain transfer.
It also wraps native token, such as ETH, to an ERC-20 token, WETH, as the Axelar Gateway only supports ERC-20 tokens.

This is the base deposit service contract that is inherited by the AxelarDepositService.sol and ReceiverImplementation.sol.

Proxy contract for the deposit service.

This contract is deployed by the AxelarDepositService.sol to act as the recipient address for the cross-chain transfer.
When tokens arrive here, it calls the ReceiverImplementation.sol method to forward the tokens to the user, auto-unwrapping if necessary.

The receiver contract that accepts tokens and forwards them to the user address.
It also unwraps wrapped native tokens like WETH, so the user gets the native token instead.

This contract accepts gas payments from applications who wish to use Axelar's microservices
that relay the contract calls made by the application using the Axelar gateway.
Gas payment should be made in the same tx as the callContract on the Axelar gateway for the
microservices to consider it. The gas service allows refunds for any excessive gas payments
after the remote contract has been called with the payload. The application can pay in the native gas token
or a supported ERC20 token. If for some reason, the gas payment was insufficient, the application can pay
more via addGas/addNativeGas methods for the appropriate tx hash.

Proxy contract for the gas service.

This contract is present in the xc20 subfolder.

Moonbeam, an EVM compatible chain in the Polkadot ecosystem, supports ERC20-compatible tokens called XC20.
These function like normal ERC20s but can also be sent to the rest of Polkadot through special non-EVM transactions on Moonbeam.
You can get new XC20s that an owner address is allowed to mint and burn through the Moonbeam consensus,
and Moonbeam has agreed to provide some to bridge Axelar Tokens to the rest of Polkadot.

The XC20Wrapper.sol is a contract that will be deployed on Moonbeam and can wrap Axelar Tokens into XC20s that are set as wrapped versions of those tokens.
First, for new XC20s we need to tell the XC20Wrapper what they wrap as well as set up their name and symbol.
Afterwards they can be wrapped and unwrapped freely by anyone, even remotely.
XC20Sample.sol is a sample XC20 token for reference used in tests.

Base ERC20 contract used to deploy wrapped version of tokens on other chains.

Mintable ERC20 token contract with an optional capped total supply (when capacity != 0).
It also allows us the owner of the ERC20 contract to burn tokens for an account (IERC20BurnFrom).

The main token contract that's deployed for Axelar wrapped version of tokens on non-native chains.
This contract allows burning tokens from deposit addresses generated (depositAddress) by the Axelar network, where
users send their deposits. salt needed to generate the address is provided in a signed burn command
from the Axelar network validators.

When the Axelar network submits a signed command to deploy a token,
the token deployer contract is called to deploy the BurnableMintableCappedERC20 token.
This is done to reduce the bytecode size of the gateway contract to allow deploying on EVM chains
with more restrictive gas limits.

The contract deployed at the deposit addresses that allows burning/locking of the tokens
sent by the user. It prevents re-entrancy, and while it's methods are permissionless,
the gateway deploys the deposit handler and burns/locks in the same call (see _burnToken).

Define ownership of a contract and modifiers for permissioned methods.

Storage contract for the proxy.

We'd like wardens to particularly focus on the following:

EVM module of the Axelar network that prepares commands for the gateway: https://github.com/axelarnetwork/axelar-core/blob/main/x/evm/keeper/msg_server.go

Multisig module of the Axelar network that signs commands for the gateway via the validators: https://github.com/axelarnetwork/axelar-core/blob/main/x/multisig/keeper/msg_server.go