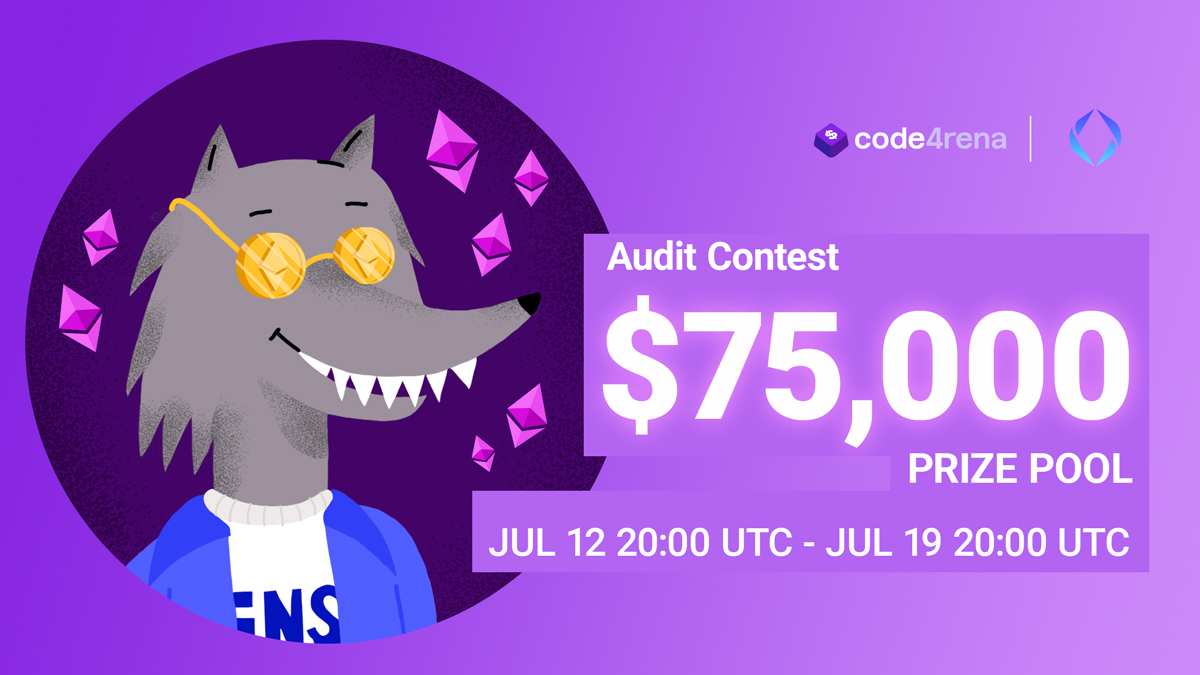 ENS is a decentralised naming service built on top of Ethereum, and designed to resolve a wide array of resources including blockchain addresses, decentralised content, and user profile information.

Developer documentation can be found here.

Information on existing ENS deployments can be found here.

Note: Not all contracts in this repository are in-scope for this audit! We have included contracts from the original ens-contracts repo that are dependencies of in-scope contracts here for the convenience of auditors. Only the contracts listed below are in-scope.

This audit is intended to cover several new and upgraded components of the ENS system:

An implementation of a DNSSEC client as per RFC4034 & RFC4035. verifyRRSet should return the RRData for the last record in the array of signed RRSets passed in, iff the set of records passes DNSSEC validation from the root. If validation fails, it should revert.

A solidity/yul implementation of SHA1.

A public interface for DNSSECImpl.sol.

The ETHRegistrarController governs how ENS names are registered and renewed. This contract has been modified since the deployed version to add:

Interface for the BaseRegistrarImplementation (not in scope).

Allows users to register and update reverse records (primary ENS names). This contract has been modified since the deployed version with a number of improvements:

An implementation of ERC1155 that only supports 1 token per token type, with the owner, fuse/flag information, and an expiration time all packed into a single storage slot for gas-efficiency. Should conform to ERC1155, with the addition of ownerOf.

The primary reason for this wrapper is the 'fuse' functionality for revoking permissions over names; this is intended to support applications such as trustless subdomain issuance, and trustless name resolution. The intended security/permission model is as follows:

Mixin for a contract that can have controllers - other accounts that have access to privileged functions.

Interface for a metadata service - a contract that returns token metadata for a wrapped token.

Interface for an upgrade target for the name wrapper - a new version of the wrapper.

Interface for the ENS registry contract.